Posted on: 01 October 2021 by Switch the Play Foundation 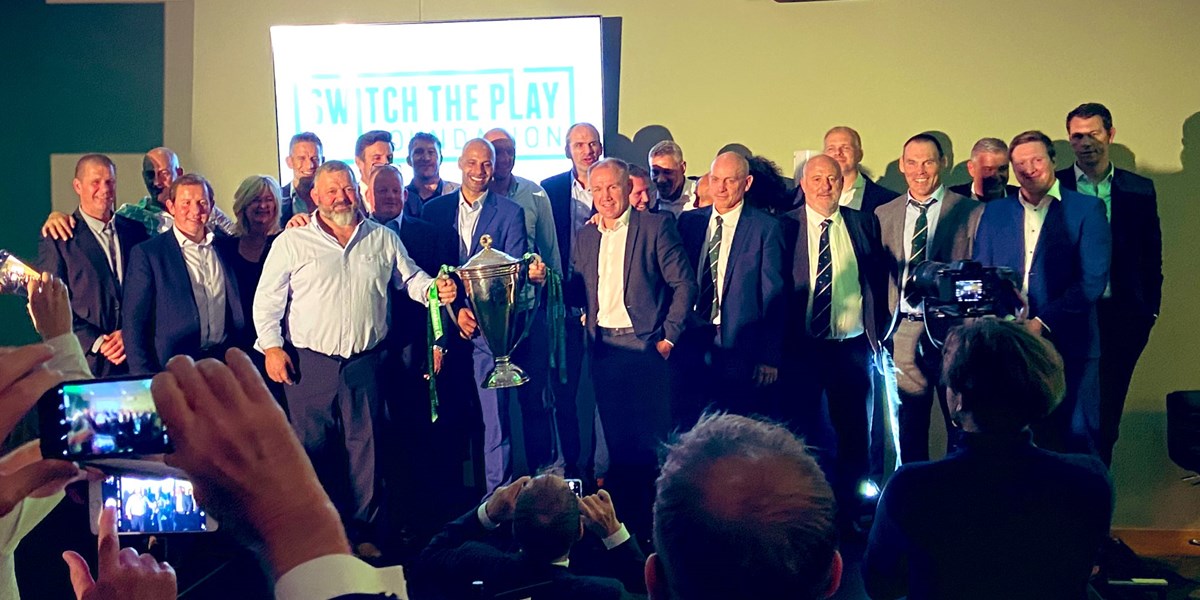 A fitting £20,000 was raised for Switch the Play Foundation on 29th September, as we celebrated 20 years since Leicester Tigers first won the Heineken Cup.

Over 350 people filled the Premiership Suite at the Mattioli Woods Welford Road Stadium, as Tigers fans and legends came together to reminisce about their historic win. Legends included Tigers captain, Martin Johnson; Tim Stimpson, who kicked the winning conversion in the final; and Switch the Play’s Brand Ambassador Leon Lloyd, who scored two historic tries.

A night to remember

Without in-person fundraising events over the past 18 months or so, the impact on small charities and their fundraising has been significant, so after two postponements due to the pandemic, we were delighted to finally see the event go ahead safely and smoothly.

Highlights from the 2001 final were shown throughout the night, taking everyone in the room back down memory lane to one of the greatest days in Tigers' history. Many of the 2001 matchday and coaching squad including Neil Back, Dean Richards and Martin Corry were also interviewed on stage by organiser and host Ian Stafford of The Sporting Club, reflecting on the build-up to the final and the day itself.

Richard Brierley, who kindly donated his time as our auctioneer, sold some truly unique Tigers-themed experiences to help raise funds for Switch the Play, including a private dining experience in the Leicester Tigers changing room at Welford Road. A reverse auction followed which got the room on their feet (and a few winning bidders in the air - see here!).

We would like to say a huge thank you to Ian Stafford and his team at The Sporting Club, as well as all of the Tigers legends who attended and joined one of the three panels on the night. Thank you to all of our prize donors, auction lot bidders and to everyone who made extra contributions both in terms of generous donations and time.

The funds raised will enable Switch the Play Foundation to continue to provide vital transition and wellbeing support to sportspeople this autumn, and onwards, at what is a particularly crucial time, with the impacts of the pandemic still being felt across sport.