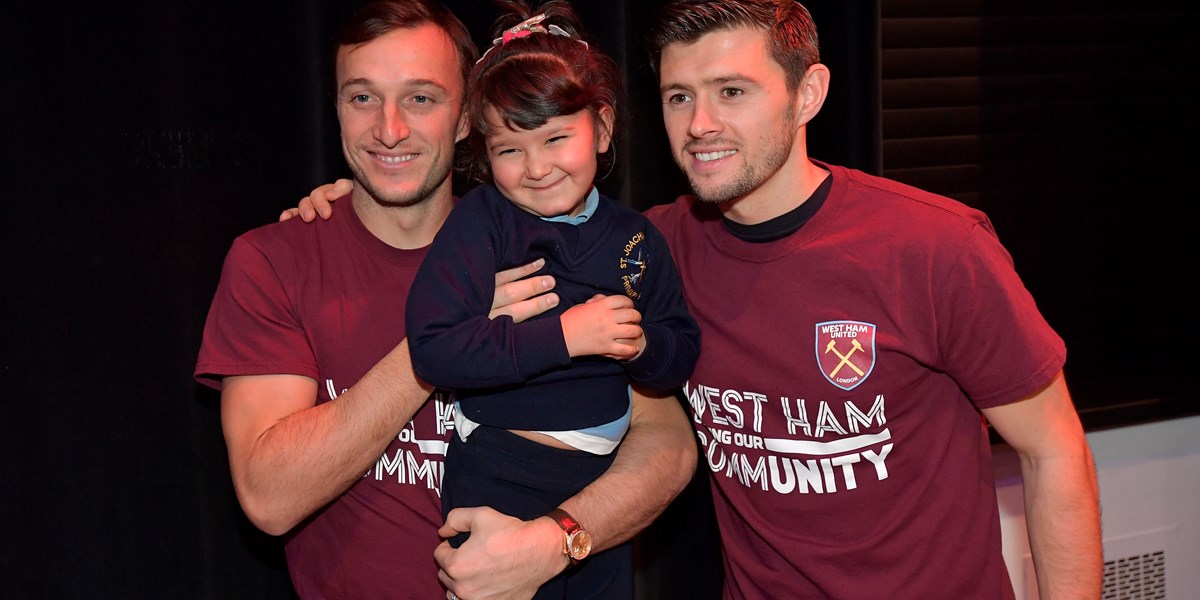 Described by West Ham as ‘the most ambitious and integrated community programme ever created by a Premier League Club’, the club appointed StP’s Research & Insights team to evaluate the impact of the Players’ Project on the local East London community.

The Players’ Project was launched in 2018 and was born from a desire to bring together all of the club philanthropic work under one common identity. The Project united the social inclusion activity, corporate social responsibility (CSR) and charity work and the community facing work of the West Ham United Foundation. Players from the men’s, women’s and Academy teams are positioned at the heart of this, becoming ambassadors for the club’s community work.

StP conducted the research jointly with researchers from The University of Bath including Play It Forward Researcher Sarah Collin. The primary aim was to evaluate Players’ Project activity across two seasons, from launch in November 2018 through to May 2020, to understand what impact the Players’ Project has had on the local communities around East London. The secondary aim was to understand what variables underpin quality and impactful appearances, ultimately to inform and continually improve the club’s ongoing approach to player appearances. The learning provides valuable insights into the potential social impact that players can have.

Tara Warren, Executive Director, Marketing and Communications at West Ham United: “West Ham United worked very closely with Switch the Play to understand the impact that our flagship community scheme, the Players’ Project, was having on both our local communities and also our professional men’s and women’s squads.

“Rob and Sarah from Switch the Play took the time to fully understand the Players’ Project and our objectives in undertaking the research, and then used their expertise to suggest the best way of delivering meaningful insight for the Club to learn from and continually improve the community work it does. They were highly professional at all times, especially when speaking with our players, and adapted to our schedule and needs to ensure they captured as much data as they could.

“We’re really pleased with the final report, which is very thorough and provides the Club with clear feedback on how we maximise our players’ time in the community. The work will be of real value in helping to influence our ongoing approach to the Players’ Project.”

Rob Young, Director of Strategy at Switch the Play, said: “The research presents strong evidence that the Players’ Project has a positive impact on the community, inspiring behaviour change. Examples include encouraging people to learn new skills, creating enthusiasm for reading in young people, building confidence and self-esteem, and raising aspirations.

“Interestingly, it’s not just the community benefiting from the activity. Our research shows that the club and the players themselves do too. The Player’s Project has been successful in improving staff engagement, club identity and plays a key part in the club’s duty of care over young players personal development. The findings will help the club build upon the hard work done to date and ensure their player appearances make a real difference to their local community.”

To find out more about working with StP’s Research & Insights team, please contact us here.