"Having developed my basketball skills, it was time to develop my mind"

After impressing in the British Basketball League (BBL) with the Bristol Flyers this past season, Dwayne Lautier-Ogunleye has a new challenge awaiting him over the water. When his move to Bradley University in America was announced in April, it raised a few eyebrows for good reasons on both sides of the Atlantic. One of Britain’s most-talented youngsters would continue his education in the American collegiate system and be playing against the best America has to offer at a first-rate basketball school. One of the leading participation sports in the UK, basketball’s resurgence at home has been driven by community engagement and a focus on the franchise clubs supporting their own programmes with education pathways.

For Lautier-Ogunleye, his story started in west London with the Westminster Warriors before following his coaches as a teenager to London Pioneers “my coaches at the time Jimmy Markham and Che Porteous moved to start their own club”.

After his time playing for the Pioneers, Dwayne switched teams to the other side of London with NASSA. It’s from there where he would begin to get National recognition at his age group and would catch the attention of Flyers Head Coach Andreas Kapoulas.

“I didn’t really want to play U18s I wanted to be playing men’s basketball, but more importantly I wanted to play division one Men’s basketball. I realized if I had stayed in London I probably wouldn’t have been able to do that.”

Coach Gary Maitland played a key role in helping Dwayne decide on his path forward, advising him that moving to the Flyers would be his best option to play at a higher level but also to continue his education in a bigger college.

Many teams in the BBL now have strong ties with Universities, Worcester Wolves for example play out of the University of Worcester Arena, both Leicester Riders and Newcastle Eagles have developed strong pathways with Loughborough and Northumbria respectively, and Plymouth Raiders are also named after the University in the South-West.

Bristol made their debut in the league as a BBL franchise last season but had already an established education support in partnering with SGS College to complement their basketball academy.

"I didn't really want to play U18s I wanted to be playing men’s basketball, but more importantly I wanted to play division one Men’s basketball. I realized if I had stayed in London I probably wouldn’t have been able to do that."

"They provided an environment for me to play basketball and study without feeling the pressure,” explained Dwayne. “It was an adjustment coming from London and moving out at the age of 16, no Mum, no Dad around. They put me in a situation where I was close to the college for travelling and managed to build a good relationship with teachers assisting me to catch up if their were clashes or allowing extra-time where I needed.”double-arrow“It was imperative to have that as I wasn’t missing out on or off the court with the game time and my studies."

Lautier-Ogunleye completed an extended course of Sports and Exercise Science but will undertake a Business and Management degree from September in America. It may seem a change in career path, but for Dwayne the extended course enabled him to support his own develop on court through learning. 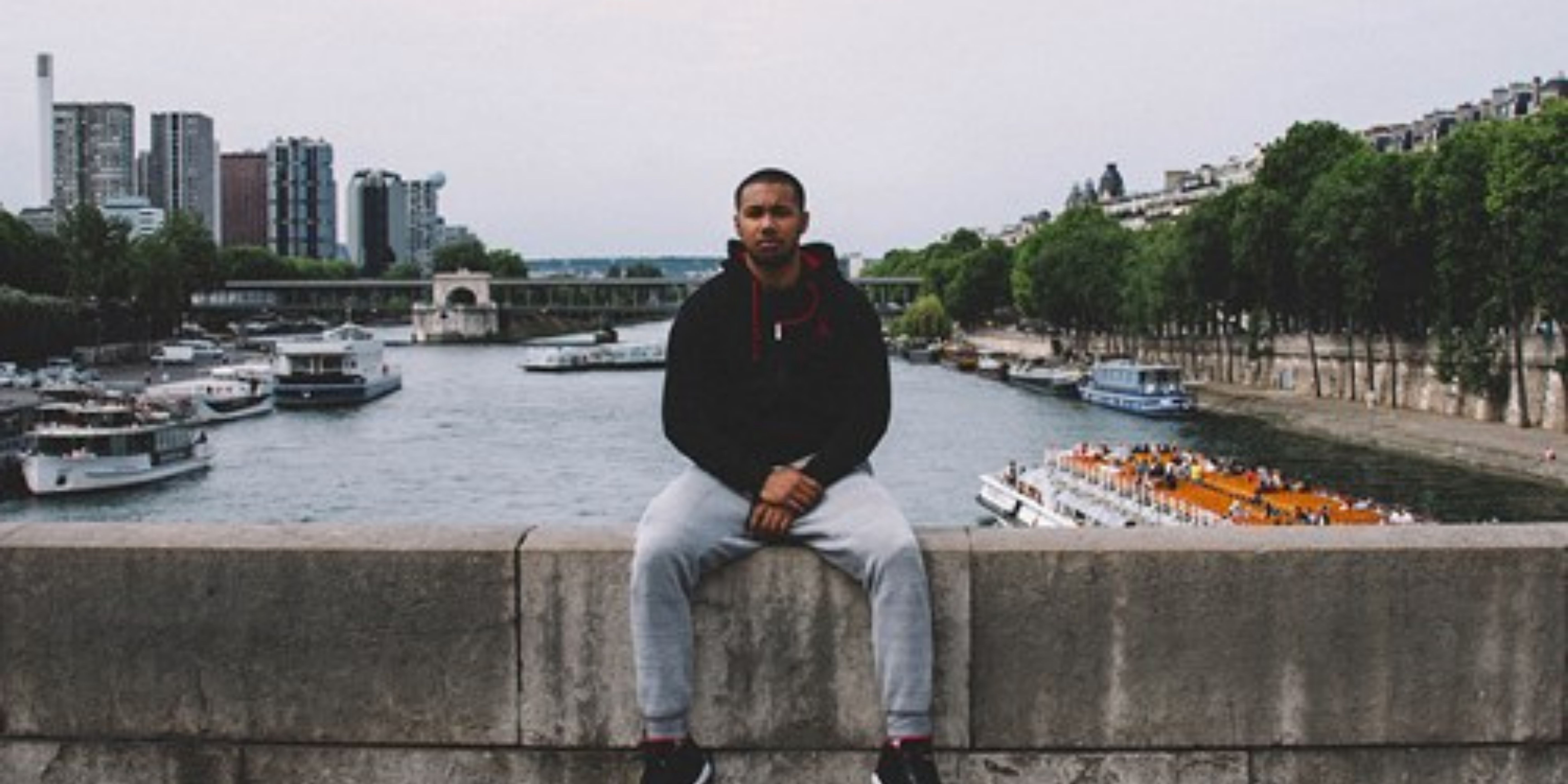 “It was important for me to learn how the body works and about sports psychology so that I know how to prepare myself as an athlete. Studying at Bristol enabled me to make more informed decisions in preparation for my time on court. It helped me to maintain consistency, stay in a good frame of mind and keep healthy.”

“At Bradley, I’m really keen to learn about how things work in the background of businesses, and also what’s involved in marketing and financing events. I know that education can help support my career alongside basketball.”

The 6’3” combo guard had an outstanding season for the Flyers, posting up consistent minutes and setting the league a light with his play. Dwayne who has maintained his amateur status to help open the door to moves abroad, had created a name for himself and it wasn’t long before sides began to scout him from across the world.

“My mum was receiving calls at 3am in the morning with people from America wanting to speak to me. I had interest from a number of division one schools. In the end I had a chance to visit Bradley and I was just overwhelmed with the situation there. An important aspect is that I can see how I can grow.”

“We play against some big schools like Wichita State, Arizona Wildcats, and Ole Miss, the draw of testing myself against these and the set up at Bradley is a great fit for me.”

“Eventually I’d like to turn professional. When I look back on players like Jesse Chuku who went to play in the States from my time at Pioneers. There was a real buzz for him and it’s been a driver for me. It is going to be an incredible experience playing in front of 10,000 fans each week.”

Lautier-Ogunleye is currently on a training camp with the Under 20 Great Britain National Team as they prepare for the European Championships in Italy this July, after which, he’ll fly to America to start his new chapter.

"In the end I had a chance to visit Bradley and I was just overwhelmed with the situation there. An important aspect is that I can see how I can grow."