Neil Mellor, 38, is a retired professional footballer. During his 13 year career in professional football, he played for Premier League club Liverpool and later for Preston North End. Since retirement, he has carved out a successful career as a commentator for Sky Sports and LFCTV, keynote speaker, and entrepreneur.

Neil began his career at Liverpool where he is best remembered for his 2004 stunning last-minute goal to give Liverpool victory over Arsenal at Anfield. In 2006, he moved to Preston North End but sadly in December 2011, Neil’s footballing career came to an abrupt halt when he suffered a career-ending knee injury.

“When my accident happened, I was playing the best I’d ever played and had just picked up ‘player of the month’. There was no way I was thinking about retirement - I was thinking I was moving up to the next level! But then in a match against Milton Keynes, I got injured and required surgery. Once the surgeon confirmed there was nothing more they could do, I realised that I had no choice but to call it a day. That’s when the tears started to fall.

“I picked up the phone to the Professional Footballers Association (PFA) - calling them several times a week for advice and support. They were a huge help throughout my career. I also had a lot of support from my wife and my dad - who is also a former professional footballer. I found it incredibly hard to adjust to my new life. But instead of feeling sorry for myself, I focussed on what I could do rather than what had been taken away from me.

“As a professional player you feel wanted wherever you go – people recognise you in the street, clubs are calling you, you get free things… So to go from that to feeling like no one wanted you was hard. I’d lost a huge part of my identity. I’d gone through life not having to think much for myself. Then at 29, when my career ended, I had to take responsibility for the first time in my life.

“But this wasn’t the first time I’d considered life after football. I had another career-threatening knee injury at the age of 20. At the time, I didn’t want to face up to the idea of retirement, but it did make me realise that I would eventually have to think of a life after football.

“I can remember the advice my dad gave me and also Steve Heighway (former pro footballer and Liverpool FC academy director) at the start of my career at Liverpool. Steve said: you could be here for one year, three years, five years or if you’re really lucky, you could be here for ten. But so that you know, you won’t be here forever, so enjoy your time here and prepare for your future. That really stuck with me.

“There wasn’t much encouragement from the clubs at the time to think about your future after football, but following the advice of the PFA I started a media degree at the age of 27. I don’t think players want to think about retirement until they reach 35. They may say they’re too busy concentrating on being the best they can be, but I think the real reason is fear. For a lot of players, football is all they’ve ever known.

“Football has always been my love - I love talking about it and analysing it. So using my connections I’d made whilst playing professionally, I’ve been able to forge a second career as a media consultant – working in TV, radio, and podcasts. I’ve several business interests, and I’m currently focusing on my keynote speaking venture.

“The best advice I could give to those currently in sporting careers is to enjoy the time you have, but prepare for a life after sport as early as possible. Remember to use your connections – you’ll need them when you come out. There are lots of transferable skills that you will have developed such as confidence, communication skills, and discipline. And for me, my knowledge gained through sport has positioned me as a credible pundit.

“It was heartbreaking to hear the news of Jeremy Wisten, the 17-year-old Manchester City Academy player who recently took his own life after being let go by the club. I think there’s a lot more pressure on younger players nowadays. It’s all about the game. I never missed a day of school for football, but I know that it’s becoming the norm to take time off school for football commitments – which I don’t think is right.

“I was also rejected by Manchester City too (at 16). I was determined not to let one club’s opinion determine my future. It was the same feeling I had when I finished at Preston. I can’t speak for Manchester City’s Academy nowadays, but I know that Liverpool’s Academy does have someone in place which speaks to young players when they’re released to help them explore their options.

The work that Switch The Play carries out is essential for helping professional sports stars, of all ages, transition to the next phase of their lives. Any support to help people adjusting to the lack of structure, loss of identity, potential bankruptcy, divorce, and depression can only be a good thing. There is a life after sport; you just need to prepare for it.” 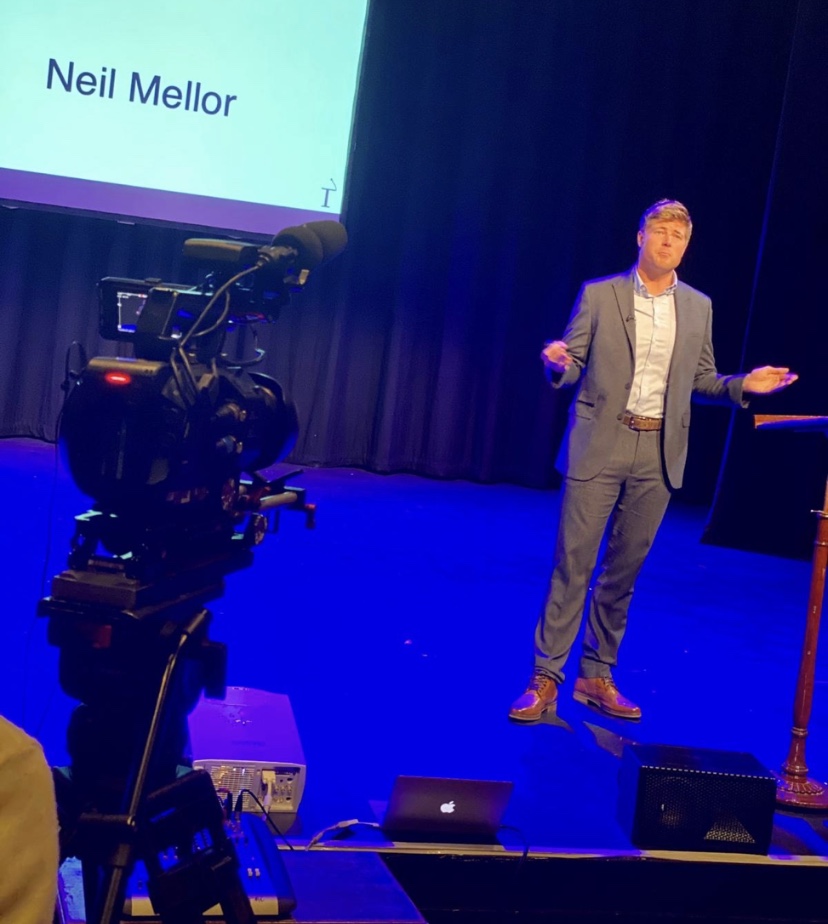